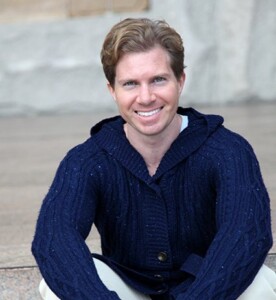 Brady is an award-winning writer, director, and theatrical producer whose works have been seen in New York, Los Angeles, and throughout the United States. His interest in the illustrators of the Oz books prompted the creation of The Lost Art of Oz Project, the first attempt to definitively track and catalog the surviving original artwork created for the “Famous Forty” series.  Of nearly 4,000 illustrations drawn for the Oz Books, less than 300 final drawings are known to survive.

Brady will showcase these illustrations at the 2020 convention. In addition to leading the scavenger hunt to find the series’ missing artwork, Brady’s work is focused on championing the artists whose work are a beloved part of the Oz legacy.   Return to Top 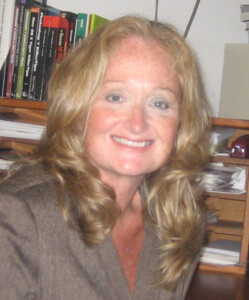 Jory is an art director and an award-winning painter exhibiting in Boston, New York, North Carolina, and New Mexico. She teaches painting and is an experienced juror of awards. Her work has been showcased in “Strokes of Genius 8: Exploring Texture!” by North Light Books.

Jory will be leading small-group drawing classes, as well as presenting a tribute to her grandfather, Oz illustrator John R. Neill.   Return to Top

Robert has owned 2R Fine Arts Appraisals since 1988. Previously he was the co-owner of the Roycroft Inn and the Roycroft Shops and the 2R Fine Arts Gallery in East Aurora, New York. He was a founding member and a past president (1984-1986) of The Roycrofters-At-Large-Association and the founding president of the Preservation Coalition of Erie County (New York) in 1980. Robert has authored and co-authored a half-dozen books on the Arts and Crafts Movement and lectures and consults with museums and private collectors nationally.

He will be speaking on Roycroft and the Arts and Crafts movement, as well as leading walking tours of the Roycroft campus.   Return to Top 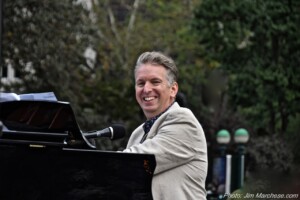 Robert Lamont is a New York City-based musical director, composer and entertainer. He is an expert on American musical theatre and was part of the team that recently achieved designation of 5 Tin Pan Alley buildings as landmarks by the New York City Landmarks Preservation Commission. Robert will be performing “Songs from Oz: Stage, Screen and Radio,” a piano and vocal concerted related to Oz music over the years. He has been a proud member of the International Wizard of Oz Club since 1980. Return to Top 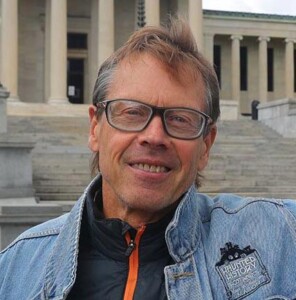 Researcher and storyteller Mason Winfield is the founder of a ghost walks company and the author of fourteen books. A veteran media guest, Mason is upstate New York’s “supernatural historian” and a specialist in the occult and supernatural material of the Roycroft Campus and community. Neither a psychic nor a ghost-hunter, Mason approaches paranormal subjects from the perspectives of a historian or folklorist.

He will be leading a Supernatural Roycroft walking tour, customized for the Oz Club, after the banquet on Saturday evening.   Return to Top 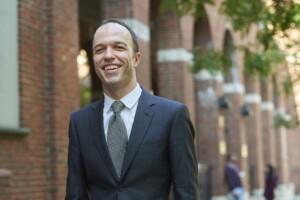 Atticus Gannaway is the author of The Silver Sorceress of Oz, former editor-in-chief of The Baum Bugle, and the Bugle‘s current review editor. He has also served as the International Wizard of Oz Club’s webmaster and as a member of its board of directors. Atticus has published Bugle articles on the life and work of Oz illustrators Frank Kramer and Dick Martin, and at the convention, will be speaking on post-Neill Oz illustrators. He is currently writing a collective biography of Oz publishers George M. Hill, Frank Reilly, Sumner Britton, and William F. Lee. He received the Oz Club’s L. Frank Baum Memorial Award in 2012.     Return to Top 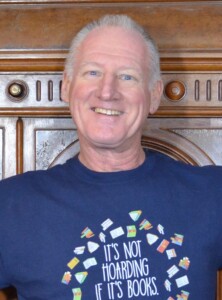 Bill is a software engineer working at Xerox in a suburb of Rochester, NY, where he lives with his books and his projects. He is a collector extraordinaire, authored Bibliographia Baumiana, and has been the Oz Club auctioneer since 2006.

At the 2020 convention, Bill will be wearing multiple hats including curating an exhibit of rare Denslow Roycroft material and leading the Oz Club auction. 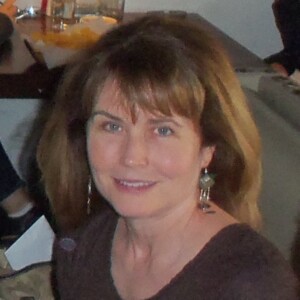 Cindy collects material related to Oz illustrator W. W. Denslow, hence her interest in chairing this year’s convention in the town where Denslow worked with Roycroft leader Elbert Hubbard. She is also a scientist, on the board of the International Wizard of Oz Club, and proprietor of the antiquarian bookshop WonderfulBooksofOz.com.

Cindy agreed to chair this convention when it was originally expected in 2020. Her persistence to press on despite two postponements is appreciated — and sure to deliver a convention that shows tremendous thought and planning.   Return to Top

Michael served as the editor-in-chief of The Baum Bugle from 1988 to 1992 and received the Oz Club’s L. Frank Baum Memorial Award in 1999. He organized the first retrospective exhibition of original drawings and books by Oz illustrator W. W. Denslow at the University of Pennsylvania in 1977. Michael assisted with the Library of Congress exhibit celebrating the centennial of the publication of The Wonderful Wizard of Oz, and is also a member of the board of directors of the International Wizard of Oz Club.

Michael will be speaking on one of his collecting interests, Oz illustrator W. W. Denslow.   Return to Top 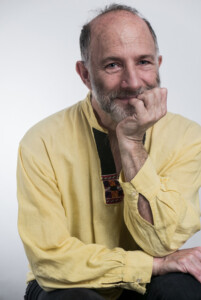 Dee Michel has written Friends of Dorothy: Why Gay Boys and Gay Men Love The Wizard of Oz and has given many talks on the Oz–gay connection. He has been a contributing editor for The Baum Bugle and was briefly the editor of the International Wizard of Oz Club’s website. Dee has been collecting Oz books and related materials, including t-shirts, since he was a child, and has been a member of the Oz Club since 1998 as well as briefly when he was younger.

His convention talk will be about “The T-shirts of Oz”!     Return to Top 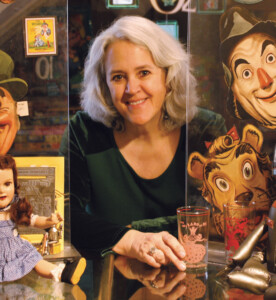 Jane is a life-long fan and book collector, with material focusing on Oz, L. Frank Baum, W.W. Denslow, and international Oz. The non-book portion of her Oz collection is also substantial. Jane’s collection has been featured in dozens of exhibits; she speaks regularly to Oz Club, school, and community groups near her home in Kansas City.

Jane will be presenting one of her international Oz special interests for us. She currently serves as president of the International Wizard of Oz Club.   Return to Top 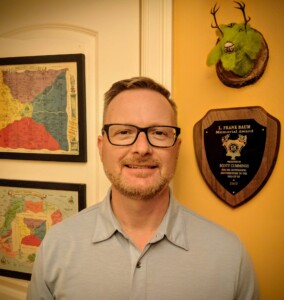 Scott Cummings has been an Oz Club member since 1979 and has given many memorable presentations at conventions. This year he will report on L. Frank Baum’s unrealized collaboration with Maxfield Parrish on a Snow White stage production. Scott has also served as editor of the Baum Bugle and is a winner of the L Frank Baum Memorial Award.   Return to Top