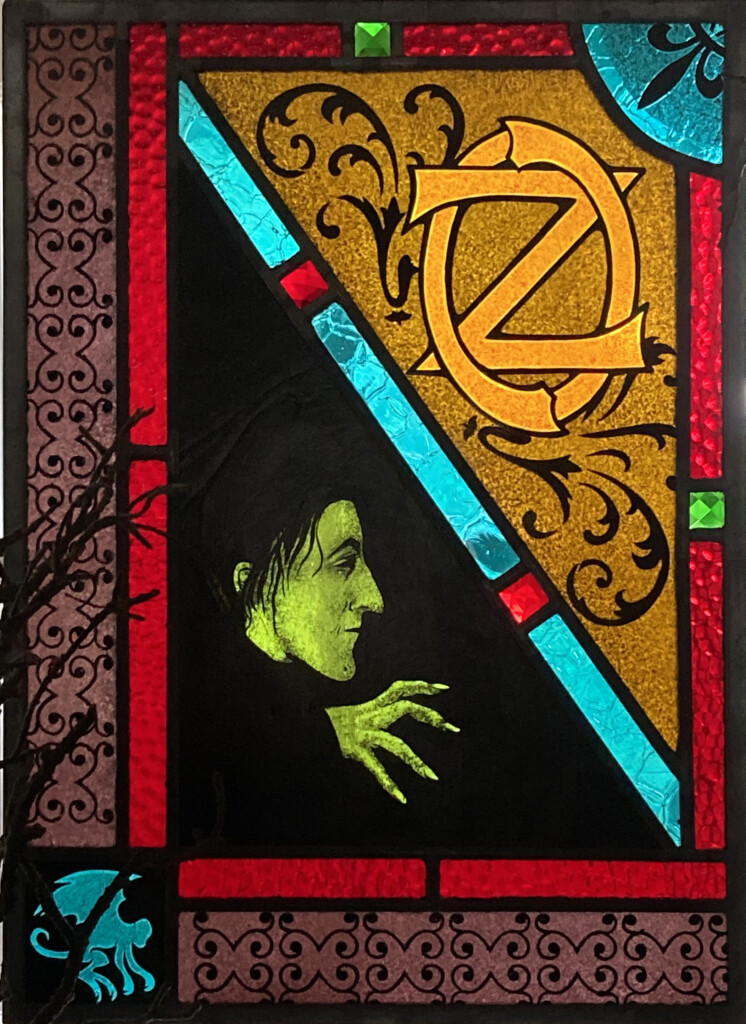 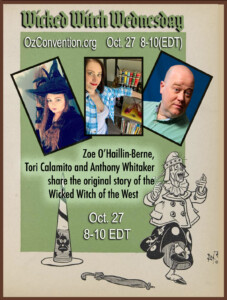 Thanks to all who helped make our Wicked Witch Wednesday a success!

Anthony Whitaker, Zoe O’Haillin-Berne, and Victoria Calamito read us the original story of the Wicked Witch of the West (Chapter 12 of The Wonderful Wizard of Oz). Zoe was completely suited up as the Witch, complete with an eye patch and umbrella. Tori not only dressed the role of Dorothy but pulled bits and pieces from her extensive Oz collection to use as props as she acted the part. And Anthony stitched it all together as the narrator. It was a great way to start off our evening.

We shared a short one-minute greeting Margaret Hamilton recorded for a doll collectors convention where the Sheila Kwartler “Portrait Doll” of her made its debut. Thank you Joshua Duke for sharing this rare treasure! Ryan Jay then shared a few clips of Hamilton as a witch in different television appearances.

I then DJ-ed us through 17 different songs related to Oz witches. Our own David Diket played the “Search for the Wicked Witch” selection from “Tales from the Land of Oz” (Irene Rodgers 1932 sheet music), Zoe sang Andrew Lloyd Weber’s “Red Shoes Blues, and Tara Tagliaferro & Em Kay Shrader sang a great witch medley. But most of the night was focused on Youtube songs that turn up with a bit of sleuthing. We ran the gamut from Ethel Merman to Barbra Streisand, Disney to disco, Muppets to musicals, and cartoons to The Wiz. A medley of “The Wizard and I” cut from dozens of performances in languages from around the world, gave that “Wicked” classic a fresh spin. And Marc Berezin injected a bit more international flair with Bastinda’s song from a 1973 Russian stop-motion production of Alexander Volkov’s Oz novels.

We closed with a prerecorded interview with Fred Barton I’d made the previous week. Fred’s 1983 one-man cabaret show, Miss Gulch Returns, brought Almira Gulch back into the spotlight. But this time she brings her post-Oz memories to the piano where she belts out 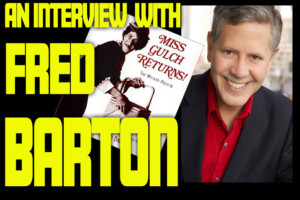 bawdy songs. “Pour Me A Man”, for instance was “her big number cut from the film,” which remains a cabaret standard.  From his childhood love for the Oz books and early encounters with Margaret Hamilton to his delight with the unexpected success of the show, Fred shared wonderful memories. I hope you all found him as engaging, charming, and entertaining as I did.

Many thanks to those who joined our little party!

Previous ArticleOz Club meets and greets in Land of Oz