2021 marks the 50th anniversary of Oziana. To celebrate this milestone, the Oz Club is posting weekly readings of selected stories from the past on our Official Oz Club Channel on Youtube. When possible the stories will be read by their authors.  Subscribe and follow the Youtube playlist.

Oziana is the creative magazine of the International Wizard of Oz Club, featuring the best in new Oz short fiction and poetry. Each annual issue contains at least three original stories, fully illustrated in black and white, and a colorful cover.

The Oz Club launched the magazine in 1971 as a way for members to share their fictional work. It thus appeared near the beginning of the “fan fiction” movement (back when this form of writing was called “pastiche”).

Before Oziana began, Henry Regnery, corporate successor to Reilly & Lee, showed its support for the Oz Club by granting special permission for the magazine to publish stories about characters in any of the company’s Oz books, including those still protected by copyright. Oziana is unique in being able to publish such stories on a non-profit basis for the Oz fan community. However, it cannot publish stories based on the 1939 MGM movie or other copyrighted visions of Oz that differ from those in the original books. 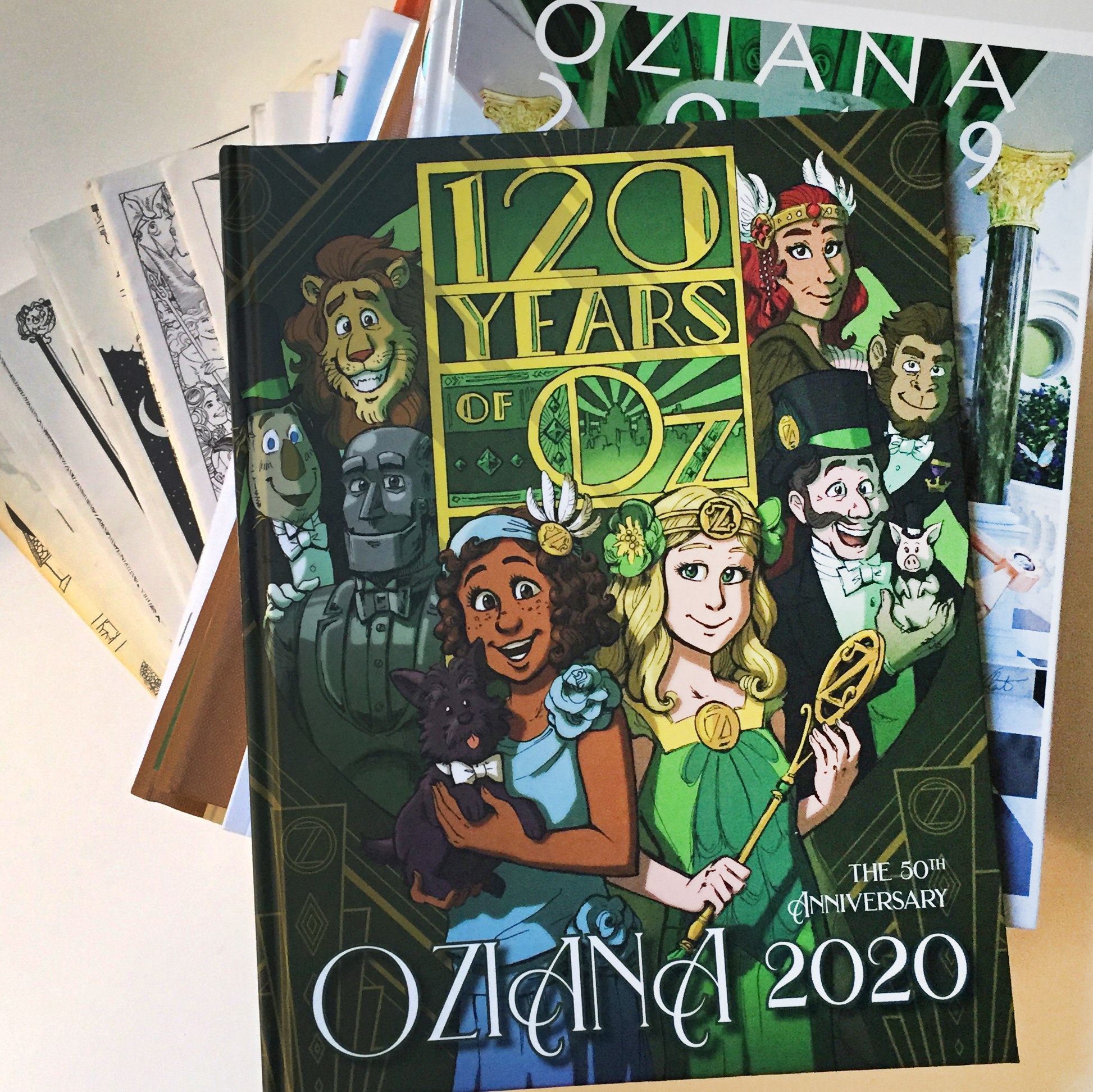 Oz Club members can receive an exclusive hard-cover edition of the upcoming year’s Oziana by purchasing a membership at the Patron level or above. Your generosity supports all Club activities.